"Now Back To Our Regularly Scheduled Program . . . " 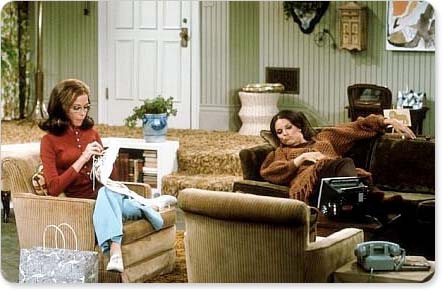 A while back, I posed a mid-afternoon trivia question on my facebook page.  The residential query was, "If you could live (yes, really live) on a television set, which one would you choose?"  And thus began I lively discussion of television history . . .

Though the answers seemed to span through several TV genres and generations, I thought I'd share some clear favourites: 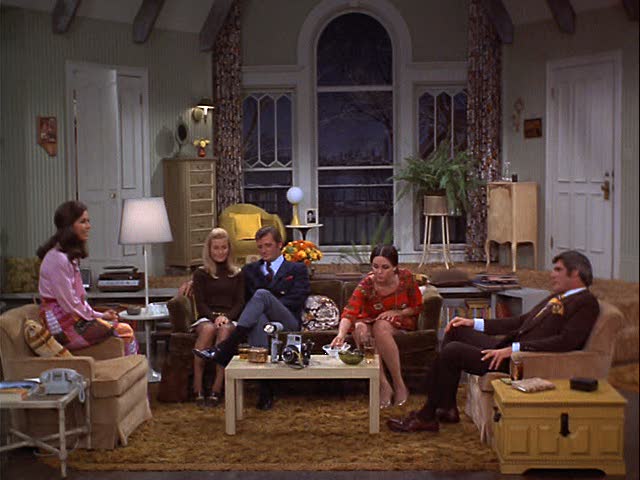 Even to my childhood eyes, it just all seemed madly glamorous.
City living.  Patchwork skirts.  Shag carpeting.  Leisure suits.
And I loved that she would move the furniture around when she needed to host a party.
I totally need to order Mark Bennett's book.  There are floor plans for many of your favourite TV shows.  Including the hilarious blueprints for the Flintstone's abode and Jeannie's bottle. 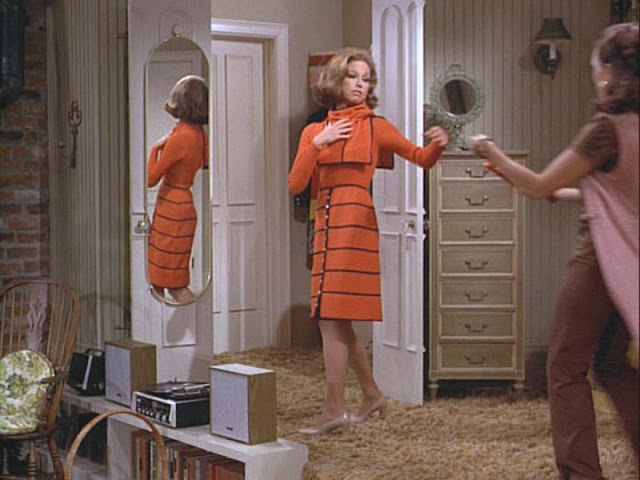 And several people mentioned how much they loved Mary's walk-in closet.
The Steven's Residence
(from "Bewitched", 1964 - 1972) 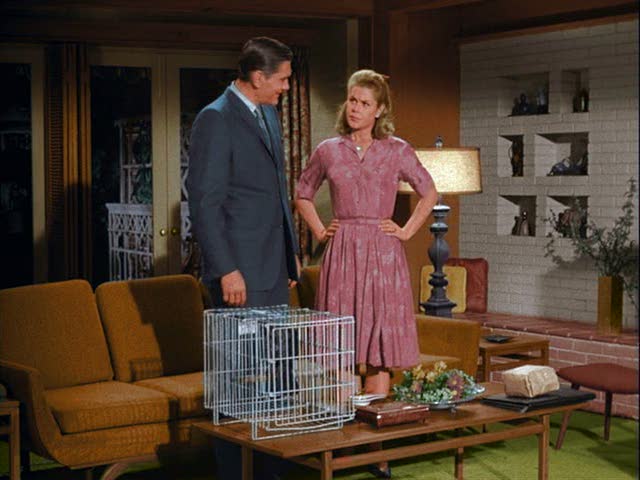 I'm curious to know whether people chose this one so often because they loved the house,
or because they wanted to have magical powers. 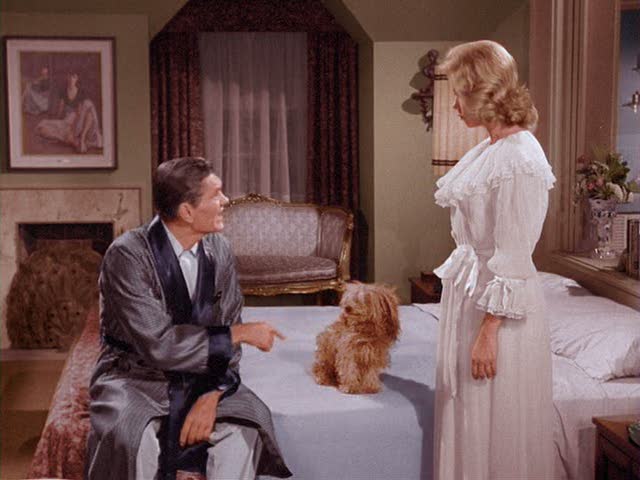 Again with the glamour.  Nothing says fabulous like a silk dressing gown.
The Hartley's Chicago Apartment
(from "The Bob Newhart Show" 1972 - 1978) 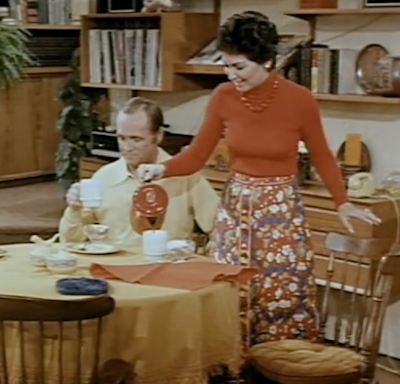 This one's a little light on images - but, it had several votes.  And it still hold great memories for me as well. 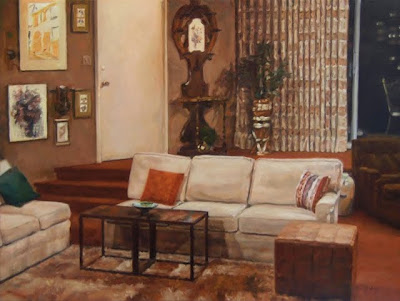 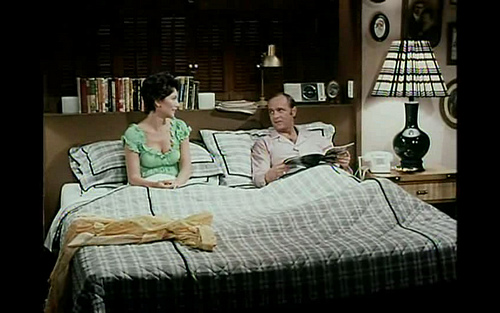 And the best accessory for any home - the delicious Suzanne Pleshette.
The Crane Residence
(from "Fraiser," 1993 - 2004) 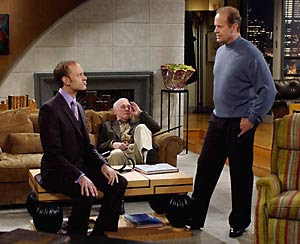 And yes, everyone was planning to get Martin's ratty old recliner out of the house.  lol. 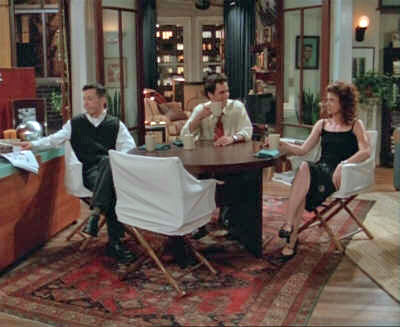 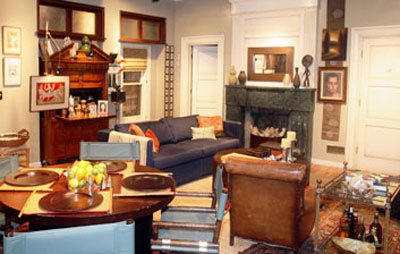 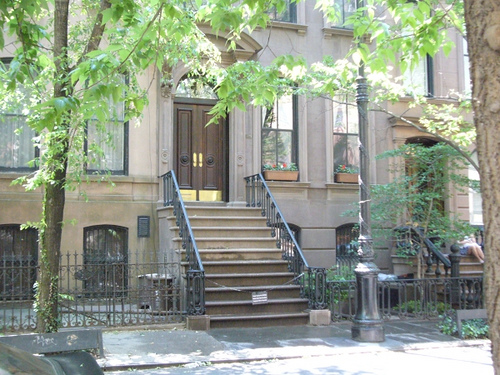 I'm quite sure this one is COMPLETELY based on the walk-in closet.  lol. 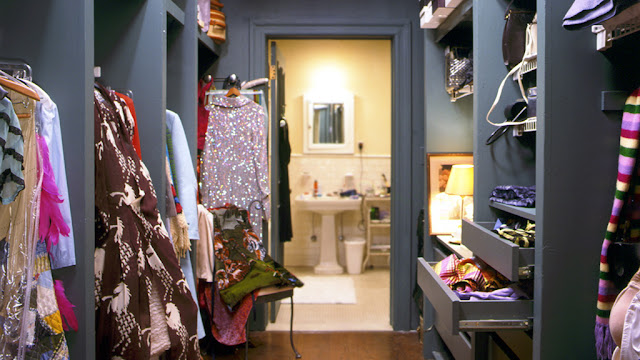 Interestingly, so many of the shows that were talked about were from my/our childhoods.  I wondered how much of the discussion was actually a thinly veiled desire for our younger years . . .

Did we miss any of your favourites?
Scot
Email Post
Labels: Bewitched Bob Newhart Mary Tyler Moore Sex and the City Television

Kathysue said…
I always love Marys place in fact I did a post a couple of weeks ago on her letter M on the wall. That started my love of letters on the wall and I have had letters on my walls ever since, whether they are in or out they will always be on my walls, Fun post Scot, KS
March 9, 2011 at 8:17 AM

Anonymous said…
From past series, I would go for Will & Grace’s apartment. From more recent TV series, I would hesitate between Castle’s loft and Neal Caffrey’s boudoir. Both certainly deserve a mention (I don’t know who did this last one, but it feels a lot like Sean McPherson’s apartment).
March 9, 2011 at 8:29 AM

You are now officially one of two people that I know who want to live in Jeannie's bottle!

Maybe y'all can set up a time share agreement!?!?!?

quintessence said…
What a fun post!! I had no idea about the book with the plans - am definitely going to have to check that out. But for me your last sentence sums it up - I think it's a harkening back to our youthful past.
March 9, 2011 at 10:02 AM

Ashfield Hansen Design Inc. said…
Scot-
Great post!
I was always so intrigued with Mary Richards apartment because it was so different from the ranch house we lived in.
I think I might vote for the Filoli house on Dynasty as the ultimate!
Best,

The Peak of Chic said…
MTM's single girl apartment was the best! The only thing that seemed a pain was the pull-out sofa bed. Can you imagine have to make that up every morning?
March 9, 2011 at 10:48 AM

Actually, when I was living in Breckenridge Co after college, I had a pull out sofa bed. Let me assure you - you don't have to make it each morning. You can just close it up - wrinkled, un-made sheets and all.

I might go for the beach house from Magnum PI.

If memory serves, when Jack took Grace's apartment on "Will and Grace", he wanted her to decorate it like Jeannie's bottle. So he makes three!
March 9, 2011 at 12:43 PM

Anonymous said…
The Adam's Family had an interesting mansion that I loved.
I want John Steed's apartment. (The Avengers)
March 9, 2011 at 3:47 PM

Dennis said…
For me, the Ricardo's Connecticut home was so glamorous. Especially when Tallulah Bankhead came for dinner!
March 9, 2011 at 4:33 PM

Babs said…
I noticed the most popular choices were sitcoms, but if soaps were in the running, I'd vote for Dynasty and Dallas! Now those were sets I could live on. LOL
March 9, 2011 at 5:15 PM

Rick said…
No one has suggested the faux Tiki village from Gilligan's Island? With all the bamboo and palm frond furnishings, it was quite the singular vision. It practically made me want to get shipwrecked when I was a kid!
March 9, 2011 at 6:37 PM

I searched and could not find any info on a cancelled new series called "Undercovers" husband and wife team owning a restaurant yet working undercover. Their home was fabulous in the show and I'd love to learn more. Enjoy all from those listed above and that book sounds great.

The Devoted Classicist said…
TV SETS looks like a fabulous book of sit-com sets! As a child watching repeats of "December Bride", I loved when the traditional house was remodeled to Japanese Modern. But I was disappointed that "The Beverly Hillbillies" house was furnished like a hotel, not up to the chic exterior. The MTM must be one of the best designs ever for a studio apartment, however.
March 9, 2011 at 11:09 PM

Anonymous said…
What about the Huxtable's home on the Bill Cosby Show? Really cute! Was that style home called a brownstone? And as far as soap opera homes, I can really see myself living in either Mrs. Chancellor's or the Abbott's mansion, or on Victor Newman's ranch (all on The Young & the Restless)!

The Devoted Classicist said…
Karen T, I used to live near St. Luke's Place in Manhattan, the location of the townhouse which was used for the exterior shots of the Huxtable's Brooklyn home. Although it has brownstone trim, the house is brick in the Renaissance Revival style. The block of townhouses faces south with no buildings across to block the sun, so it has been used for numerous TV show and movie locations.
March 10, 2011 at 4:54 AM

Unknown said…
I want to live in Gaby and Carl Solise's house on Desperate Housewives. Their master bath with it's marble tub on a pedestal is fabulous. I found another artist, www.fantasyfloorplans.com, who has created floor plans for a lot of recent tv shows. Bree Van de Kamp has a really beautiful traditional home too.
March 15, 2011 at 11:16 AM 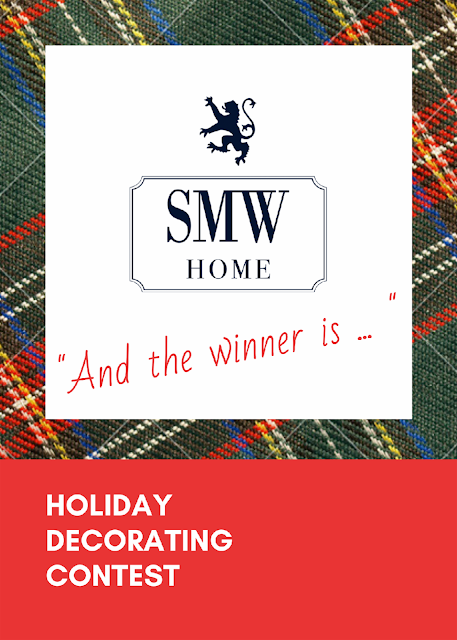