I thought I'd celebrate our "Dark and Stormy Study" from this year's Traditional Home Napa Showhouse with a little celebration of nautical style!  One can rarely go wrong with a simple navy and white stripe . . . both in one's interior design . . . as well as one's wardrobe - 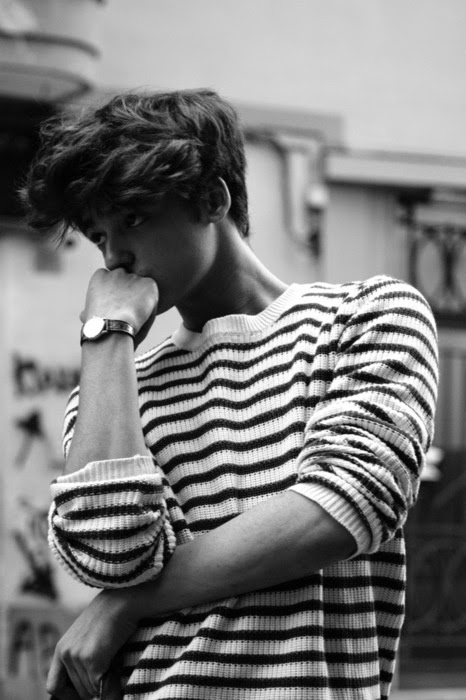 "The striped breton shirt as we know it today came into being shortly following the 27th March, 1858 Act of France which introduced the navy and white striped knitted shirt as the uniform for all French navy seaman in Brittany,  The shirt was originally known as marinière or matelot. The original design featured 21 stripes, one for each of Napolean's victories."


"Within a few decades several color variants appeared: red, white, striped, but it should be remembered that, in the Navy, the single colored sweater was reserved for officers, and the striped variety for sailors. To this day, in the French Navy, young recruits wear a striped tee-shirt during their three month onboard training period.


Rooted in our common heritage, this mythical sweater is worn by both
fishermen and enthusiast sailors, at sea, and in town. The chandail is now
a quintessential item for the wardrobe or adventurers, artists
and fashion conscious consumers alike."
from the History of Saint James of Normandy


If this gets you hankering for one of your own - check out Saint James. 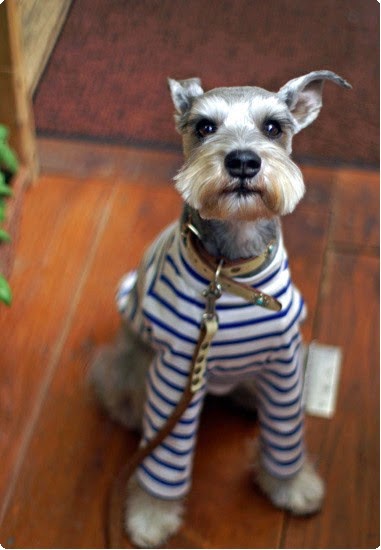 Cheryl said…
cool commercial! If I didn't know any better I would have thought it a beautiful Ralph Lauren ad.
And off the subject, are you going to have your own "coffee table" book someday? I'll be the first in line to purchase! Have a lovely weekend...
October 12, 2014 at 7:30 AM

Karena said…
The striped knit has become a classic and yes, Scot I am also waiting for you to release a book of your amazing design style!

xoxo
Karena
The Arts by Karena