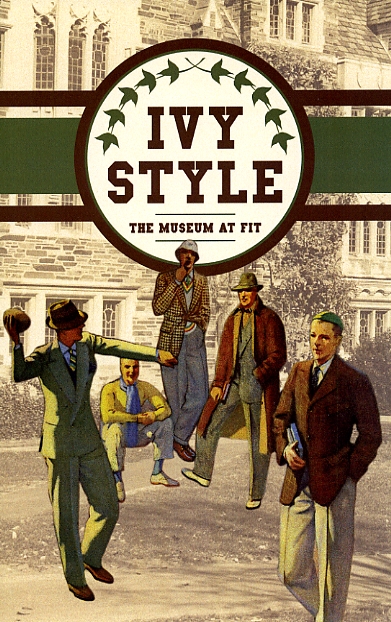 Drew and I took the opportunity whilst we were on the east coast last week to schedule a day in New York to visit the Ivy Style exhibit at the FIT (Fashion Institute of Technology).  The exhibition showcased the history of traditional "men's ivy style" featuring designs from Ralph Lauren, Jeffrey Banks, Michael Bastian, Brooks Brothers, J. Press, and Thom Browne - as well as items from "The Cary Collection" - paired with vintage pieces and memorabilia spanning almost 100 years of men's fashion.

Drew and I spent a good part of our flight back to San Francisco discussing our impressions . . . so, just to keep things interesting - I've asked Drew to lend his voice to this posting . . .


"Viewing the terrific "Ivy Style" exhibit at the MFIT reaffirmed my belief that the "Ivy League" or, as it was also called, the "Natural Shoulder" style is the quintessential American style.  Casual in its formality, formal in its casualness, it is a style that broke the rules and broke with the past (much as America itself did) to create an entirely new style, born on the elite campuses, but democratically available to all."
- Drew P. 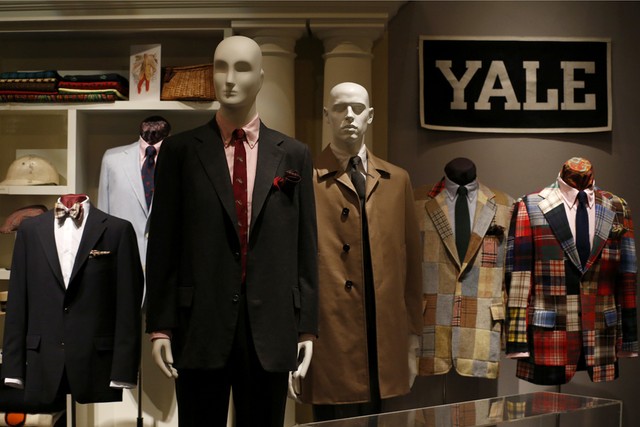 "One of the striking impressions the exhibit leaves is the utter timelessness of the look.  The curators have mixed original specimens of the style from Chipp, Press, and Brooks with newer examples from Ralph Lauren, Michael Bastian, Jeffrey Banks, and Tom Browne and, with the exception of Browne, it's utterly astonishing how few real differences exist amongst them.  It's as though one was looking at a family portrait of several generations of men: while each man has his own features and couldn't be mistaken for the other, the DNA is clearly passed from one generation to the next. Family resemblance, indeed."
- Drew P. 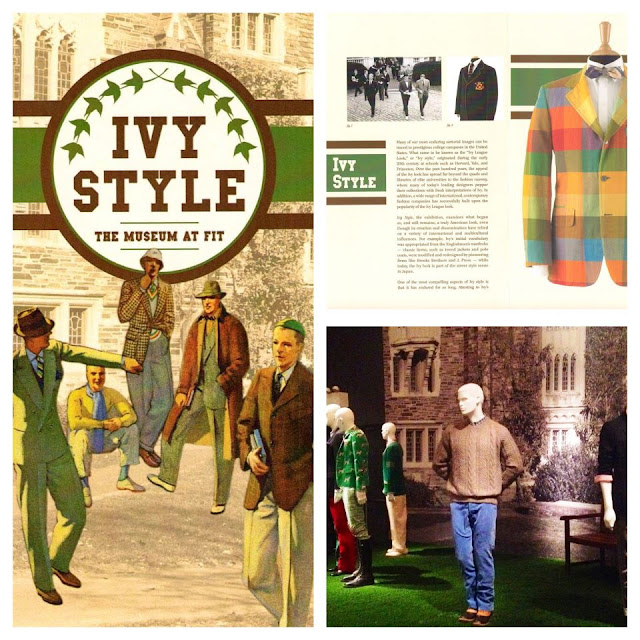 "And this is the crux of why Ivy Style has endured: while it is distinctive and has its core, essential elements (flannel, tweed, shetland, linen, soft construction, forgiving lines, and nonchalance), it has never become fossilized.  The look has always been open to interpretation and to those who would tweak the rules (just as the creators of the style tweaked the rules of dress of their times).  The style is firmly rooted in a tradition, but, as a 1977 ad J. Press wrote for the Japanese market (international Ivy!), Ivy continues to be "quietly alive with the breath of the age."  Classic, timeless, current, and alive. Vivat Ivy."
- Drew P.

nycstylelittlecannoli said…
great post Love the exhibits at FIT always so interesting and gorgeous!
September 30, 2012 at 11:31 AM

Rashon Carraway said…
I certainly did not know about this exhibit. Great post. I think I may make my way there in a few weeks.

The enchanted home said…
This looks AMAZING! I love this style...so elegant, refined and classic. I must go, thanks for the heads up!
October 1, 2012 at 6:00 PM