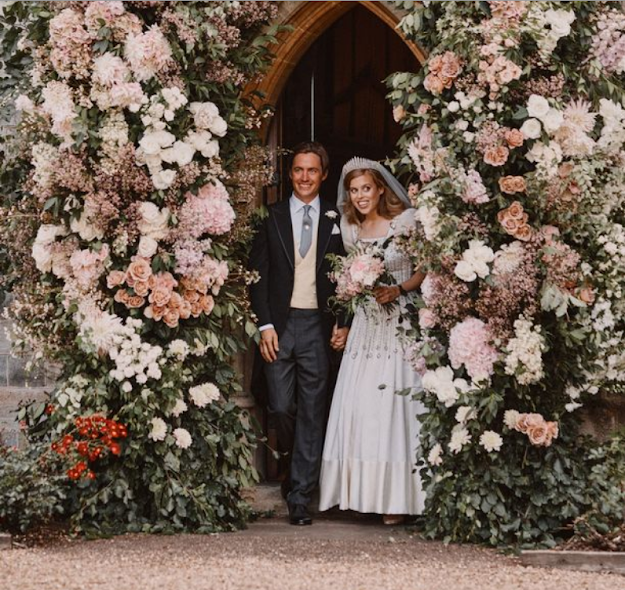 Greetings,
We certainly had more than our fair share of Royal news over the weekend . . . and I thought I'd take a bit of time on a Monday morning and make certain that we had all the details and traditions all organized and set straight!  Let's take a closer look at the history of last Friday morning's private ceremony for the wedding of Princess Beatrice of York and Edo Mozzi. 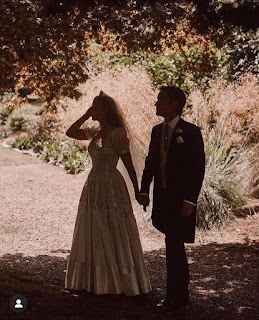 Because it was a private ceremony, and no details
were announced in advance . . . there seemed to
be an endless scramble to get everything documented
about Beatrice's beautiful ensemble.
So let's start from the top . . . 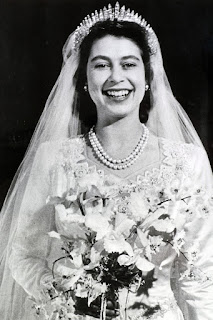 The Queen Mary Fringe Tiara
This has always been one of my favourite Tiaras
(if one can have such things!) . . . because of the
many formal occasions on which it has been worn.
Here is *then* Princess Elizabeth on her own
wedding day to Prince Philip wearing it.
Somewhat hilariously, it broke the morning
of her wedding and had to be repaired on site
before she left for the Abbey - you can see that
the 'spikes of diamonds' just to the left of center
look a wee bit irregular. 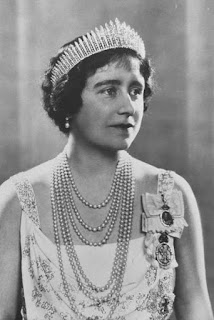 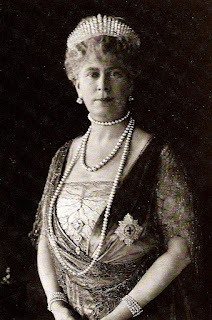 We can even go back a generation before to see
HM Queen Mary looking every bit a monarch's consort
crowned in diamond and wrapped in pearls. 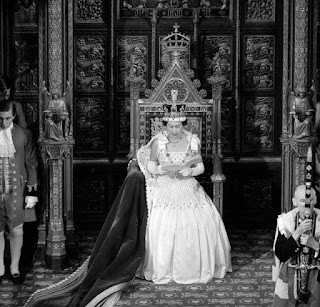 The State Gown - by Norman Hartnell
Norman Hartnell created gowns for the ladies of
The Royal Family for generations.  He designed
HM The Queen's wedding dress as well as the dress
she work for her coronation.
This is a different dress than either of those were . . .
HM The Queen wore it to the Opening of
Parliament Ceremony in 1967 (shown above) . . . 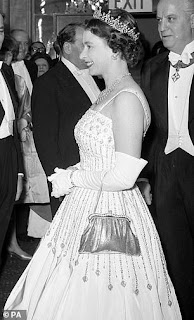 She also wore it to the film premiere of
"Lawrence of Arabia" in the early 1960's.
Let take another look at the gown in
its current state . . . 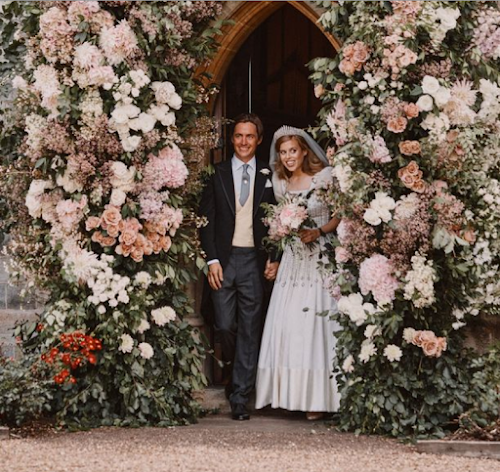 The charming chiffon cap-sleeves are a new addition,
I wonder if it was a nod to not wearing bare shoulder
in the church.  Or maybe Beatrice just liked them?
HM The Queen is somewhat notoriously 'not tall' -
so the satin banding around the hem of the gown
was likely just to let the hem length down
to better fit HRH Princess Beatrice.
There was another lovely tradition from the wedding . . . 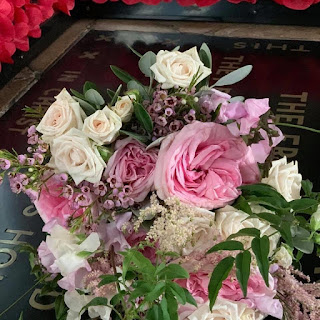 As with all royal brides . . . Beatrice had her bouquet
sent to Westminster Abbey to be placed on The Tomb
of the Unknown Soldier.
Email Post

Linda said…
Loved your article! I recommend The Gown: a Novel of the Royal Wedding by Jennifer Robson, which is a charming story of friendships and a well-researched font of knowledge about Hartnell's workrooms, highlighting the embroidery of the pearls and beads on the Queen's wedding gown.
July 20, 2020 at 8:53 AM

WWL said…
Thanks for a super article! 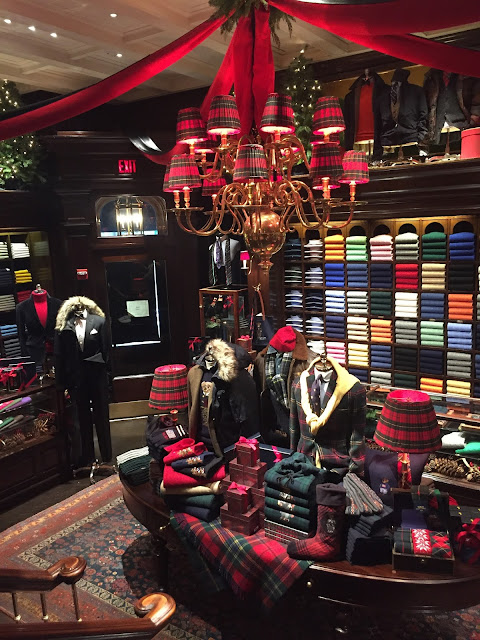